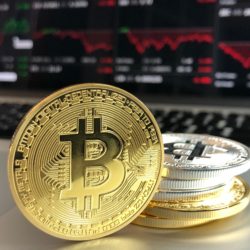 Who doesn’t love following the latest craze? We see fads pop up all the time, and the financial world is not excluded. Earlier this year we covered the SNAP IPO and the possible risks of chasing a hot new stock. Wind the clock forward six months and the world has not changed, it’s just found a new shiny toy.

They say nothing is new under the sun, and they’re right. Before it was SnapChat, now it’s Bitcoin which has the financial world’s focus, along with first-time investors. Can you really blame people though? Bitcoin’s meteoric rise is a captivating storyline, and the term cryptocurrency just sounds cool-especially to those just starting to invest.

It’s easy to get carried away, so let’s take a step back to really dive into what’s at work here.

Bitcoin first came onto the scene in 2008 and was originally designed to be a peer-to-peer transaction currency. Its birth is shrouded in mystery given its creator operates under a pseudonym and no one really knows who he is. Given the fact that its early selling point was anonymous transactions that’s not exactly surprising. As a completely deregulated market, and a currency with no intrinsic value, a different kind of market was unintentionally created with the potential to explode. From the charts at CoinDesk, we can clearly see that in 2012 Bitcoin had a value around $6 and in 5 years has ballooned upwards of $15,000. What’s more, its’ value has nearly quadrupled in the past three months alone.

With little sign of stopping it seems like a sure thing, right? Everyone’s looking for their ticket to Heaven, and while buying into a cryptocurrency may not exactly get you there, with some predicting Bitcoin’s value to never slow down it seems worth the risk.

Sounds too good to be true? That’s because it is.

What makes Bitcoin unique as a bubble

If the Dollar or Yen quadrupled in price in the span of three months then we would have a case of hyperinflation not seen since pre-WWII Germany. That is, prices rising dramatically intra-day throwing the economy into a panic. Drastically rising currency prices are generally not something to be celebrated, but in this case, it’s a bit different.

Bitcoin’s rise in price almost seems encouraged, especially since there is no regulation or government authority controlling it. This is simply because Bitcoin does not seem to derive its value by any faith from a government, or even buying power since it cannot be used anywhere. Instead, Bitcoin has value simply because there are enough people out there who believe it does. And those people continue to buy it driving the price up. With supply more or less slowing down to a static amount these days demand is throw the roof pushing the price to new highs, even to a point beyond believability.

Bitcoin is the latest craze to flood the financial world, and millennial’s bank statements, however, it will grow too quickly for its own good and pop once its demand doesn’t match its price. No one is buying Bitcoin because they want to use it, they’re buying it in order to sell it at a higher price, though when that price stops rising and the cryptocurrency comes back to earth there will be quite a few who are in trouble as a result. And it will come back to earth, that is simply because when it comes to market value we’ll see high upward swings that will be matched by a downward swing to even out in the middle. Essentially that is what risk is: the potential gain is also equal to the potential loss, in Bitcoin’s case the potential loss is growing as the price continues to rise.

When Bitcoin reaches a max price point where suddenly there are no buyers willing to pay the price required for it to continue to skyrocket in value and the bubble will pop.

The best approach to take

You never know when to turn the light off and leave the party until it’s too late. You can either leave too early or leave too late to pick up the mess but there is no way to perfectly time your exit – unless it’s by accident of course. While Bitcoin makes a case as a tempting cash cow, when it comes to building a sustainable and secure financial strategy it’s the odd man out.

We said it in our post on the SNAP IPO and we’ll say it again: in order to build a meaningful financial strategy for your retirement savings and is tailored toward your future plans and builds off a solid foundation that works around your tolerance for risk. The bulk of your investments should be allocated towards a well-allocated and diversified portfolio to mitigate risk and market swings.

By setting away a steady portion of your income into a portfolio of assets pulled together with your risk tolerance in mind you can plan for your future while managing your wealth today. Historically the market has gone up and chances are very good that will continue. So don’t try to time the next big thing only to get burned. Instead, set aside a portion of your wealth in something that will grow naturally over the years and be there waiting for you when you are ready for it. Any extra money you have lying around may potentially be spent on more speculative assets or hot stocks, though just bear in mind that this is your ‘gambling’ money and you should not invest any more than you are willing to lose.

Haven’t started thinking about the future? It’s never too late to start. Click here to begin mapping out your financial future and start planning your retirement.

How the Tax Reform will impact you