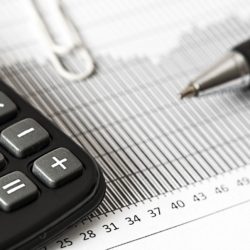 When Tax Reform was announced and passed it created quite the hoopla. As with all changes, there’s a temptation to have a fearful reaction. However, with a bit of understanding that needn’t be the case. The tax bill, signed into law recently, is fairly far-reaching though with preparation and planning you won’t be blindsided by any changes.

The Wall Street Journal released an excellent interactive guide here that allows you to input your income, dependencies, and more in order to estimate what your taxes will look like in 2018 and beyond. We gave it a spin ourselves and highly recommend testing it out. It does a great job at breaking down the major changes brought with tax reform to give you a bit more peace of mind when it comes to mapping out your financial future.

Want a high-level overview just based on income and marital status? Check out the graphic below:

There will be changes made to the deductions as well, here’s a quick debrief on what will change and what to expect when it comes to tax season.

This is specific to self-owned businesses such as a partnership or an S corp. Currently, income made through these, ‘pass-through businesses’ is treated as personal income and taxes it at the owners’ individual rate. With tax reform though, the law allows pass-through firms to deduct 20% of certain business income.

*This benefit doesn’t apply to higher-earning service firms owned by doctors, lawyers, consultants, investment managers and the like.

Tax reform will nearly double the “standard” deduction–the amount filers get if they don’t itemize write-offs separately–to $12,000 for single filers and $24,000 for married couples filing jointly.

It gets rid of the personal exemption.

Tax Reform will cap the deduction for state and local taxes, which includes property tax, plus income or sales taxes.

There will be no changes to how student loans are treated as deductions under Tax Reform.

Charitable contributions won’t be treated any differently or change under the new tax reform.

Alimony payments will no longer be deductible for the payer for agreements signed after 2018.

Under Tax Reform we’ll see the child-tax credit doubled to $2,000 and raises the income level at which the credit starts phasing out to $400,000 for married couples and $200,000 for others.

The alternative minimum tax on individuals is narrowed. As a result, some estimate we may see a drop from 5.2M households paying down to 200,000 households.

And that’s about it.

As with all changes, Tax Reform will take some getting used to. Fortunately, we’re staying on top of what the changes are and how they will affect you going forward. There’s no need for worry or concern this tax season, with proper planning and a bit of know-how you’ll be able to navigate this spring like a pro and be one step ahead of the game. Stay tuned for further updates and ways you can make the most of Tax Reform as it relates to your personal finances and financial planning.

Bitcoin: A legitimate investment or the next bubble?

Invest for the long haul, not the latest fad