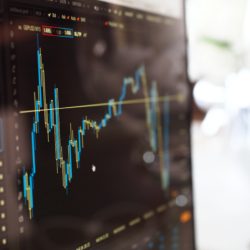 As many know, Warren Buffett, deemed The Oracle of Omaha, released his 2019 annual letter to shareholders. Being one of the greatest investors in this generation or perhaps of any generation, people really want to hear what he has to say and pay attention to his insights on many subjects. Buffett serves as the chairman and CEO of Berkshire Hathaway, and is currently the third richest man in the world although he lives a pretty thrifty lifestyle considering the size of his wealth and has donated billions of money to philanthropic causes.

In the first order of business, he talks about not scrutinizing quarterly swings because of their enormous portfolio and so according to Warren Buffett, this will undoubtedly happen as part of the process. He gave the example that it is possible for day fluctuations of even over $2 billion due to the recent market volatility. Altogether he warns against fixating on these slight rises and falls in realm of the larger perspective of focusing on long run performance. To examine closely on such quarterly results may hinder the broader picture so it is better to adjust attention to more long run thinking and planning.

On another note, Berkshire’s cash position was $112 billion at the end of 2018 in which Buffett commented that there will be ups and downs throughout everything, but the company will always have cash equivalents of approximately $20 billion that will not be used but on hold in case of emergencies. In term of management, Warren Buffett acknowledged that he will at times make instructional mistakes and miss out on valuable opportunities, of which he even knows is inevitable, but they will never be at a loss for cash.

Value in the long run

With the philosophy of focusing on the long term, he hopes that in the future, Berkshire can have the possibility of doing a big acquisition but in the moment now, anything worth buying has exorbitant prices so they are going to hold off on any purchases of businesses with good, sustainable expectations. That being said, Buffett recognizes it is impossible to predict the stock market, but their strategy is to see if a company is more valuable than its quantifiable worth in the market. His profound excitement about the future seems promising in view of what may lie ahead in potential acquisitions.

Buffet commended Tony Nicely, the former CEO of Geico, on his stellar job investing in improving his employees’ career abilities and development which reflects among his management quality in order to set a good example for other leaders to come. This added to Berkshire’s overall value as a whole due to his actions of taking Geico in the right direction. Warren Buffett, in other news, also hinted that Berkshire may engage in buybacks down the road in price undertakings that exceed its carrying value but at a price lower than the elemental value inside the company.

The wisdom Warren Buffett has bestowed upon everyone goes further than just investing, but he says that he has loved his job by finding it interesting and working with people that he trusts. Company culture makes things worthwhile and enjoyable as he looks onward on the journey. Also he grants that the success of Berkshire was not just one belonging to its own but affected by the many external factors around the time when he first started investing. It is with the stronghold belief that things would get better despite the low points in history, hence his fixation on long-term investment.

Warning against taking on too much debt and advising on evaluating the amount of risk being undergone, Buffett spills some key tips on being mindful on what you invest in, not just stocks. Going back to company culture, he supports not having specific quarterly numbers to meet because it can lead to unprecedented behavior that can influence terrible habits if it trickles down management, and leaders should model what they want their organization to exemplify. The pressure of expectations can sometimes overwhelm some to do things in order to get the result others envision.

All in all, The Oracle of Omaha’s 2019 annual open letter had components that circled around the theme of taking the long run strategy to plan for the financial future. From not worrying about short run losses and gains to keeping the mindset on the big picture, there was a lot of lessons to be learned throughout the letter. Buffett even says he knows he, as an human, has made mistakes before but to move forward and to not fixate on them is important. On risk and debt, he advises to be sure you know what you are getting yourself into and to not take on more than what you can afford to lose. Life is unpredictable and no one really knows what will come in the future, but to be prepared for emergencies or anything that can occur can put you in a good financial standpoint. That is why planning that takes into account your balance sheet and cash flow is a key driver to asset allocation and investment management

3 things you need to know about filing taxes