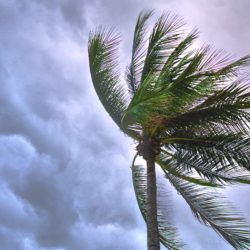 It happened folks. The Patriots didn’t win the Superbowl and  The Dow Jones Industrial Average soared to new heights, and at a moment’s notice took a sharp turn dropping 665 points, 2.5%, on Friday, February 2. What’s more it dropped another 4.6% on Monday, February 5 making this one of the largest two-day declines in recent memory. Let me ask you this though before you hit that panic button, did you really think it would go up forever?

We’ve written on our investment outlook and strategy. Invest in the market, diversify according to your risk tolerance, and ride the wave of the market. While the market has traditionally grown in value over long stretches of time, there will be times where it dips. When you base your portfolio on the market as a whole, it’ll derive its value from the world economy and companies that operate in it.

We’re about ten years after the Great Recession and still in a bull market as the economy continues to grow and rebound. Historically, this equities market is the second most successful since WWII and there’s no reason to expect in the long term,  that trend to stop. Yes, past performance does not indicate future success, but in some instances when something is proven to be true time and time again you start to believe it. Look at it this way, we’ve seen equities as a whole lead the charge, and we’ve seen the sun rise every morning so there’s no reason to expect either trend to stop anytime soon.

We’ll see a few changes in the economy as a whole thanks to tax reform, tax cuts for corporations, and the changes in fiscal policy. Monetary policy has shifted from zero rates towards raising interest rates for the past year and that should continue into 2018. After the Great Recession we encountered a period of 0 interest rates in order to push the pedal to the floor on the economy. Now with fairly stable growth we should expect rates to continue to rise at a moderate rate. This shouldn’t drag the economy, rather temper it so as to reduce the risk of a flare-up. That said, long-term rates will be affected by inflation, so that is always something to be aware of.

Essentially, despite the drastic declines the last two days, things look pretty good for the economy. Case in point, check out the recent corporate earnings. So the important thing is to have an investment plan and follow the plan throguh all market cycles.

While the trend is undoubtedly upwards, it’s expected to see some momentary volatility. Just because the market dips and you go through the valleys of anxiety, we know from the past that the worst thing is to sell into a decline and start stuffing money into your mattress.

When the market dips it’s more important than ever to have a long-term game plan and to invest strategically. If you’ve already determined your risk tolerance than great, stay the course and do not waver. That’s part of risk after all, the higher the chance for the return the larger the possible loss. In the end though as the market increases in value you should trend upwards if you are investing across the market rather than in individual stocks or sectors.

The gains on the past year may have allowed your asset allocation to drift a bit, but important to rebalance to stay in the target range. Perhaps you’re a 60/40 stock investor, but with the leaps and bounds made by the market in 2017, your portfolio is now 75/25. You’ll find this is outside your risk tolerance so rebalancing now is key.

In times like these, we have three steps that we recommend taking.

Let others worry about the white noise.